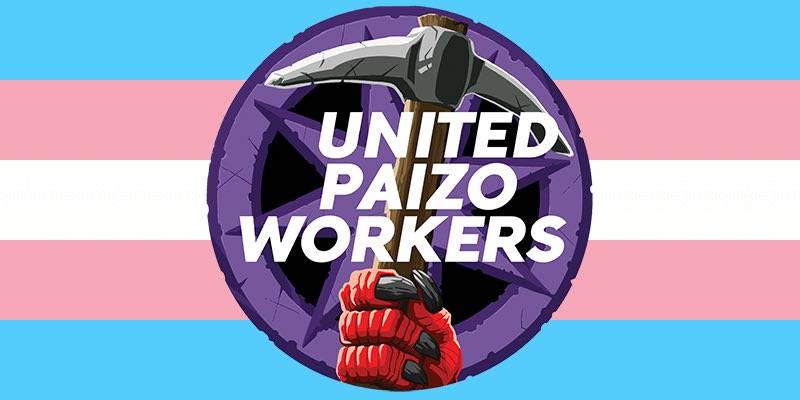 Published by Organizing Committee on October 15, 2021

Some of you have noticed that in our announcements about the formation of United Paizo Workers (UPW), we haven’t gone into detail about the accusations toward Paizo leadership that have circulated over the past month. This isn’t because we don’t believe them or don’t take them seriously; instead, our focus has been on building momentum and sharing the positives the union will bring to our team.

That being said, we have had some folks ask where we stand on the allegations of transphobia at Paizo. We’d like to take a moment to state firmly that UPW is a pro-trans union, with a fair number of trans people on the roster, including in the organizing committee. We believe unionizing is the best way forward to protecting trans employees (and all employees) at Paizo, and we regard all accusations of transphobia with the utmost seriousness. No one is safe and represented until we all are, and that’s what forming a union is all about.

Thank you all so much for your tremendous outpouring of love and support over the past couple days. Stay strong and don’t split the party!